Apology to our Val Verde Neighbors

Chiquita Canyon takes very seriously its commitment to minimize odors from the waste received at our facility and we offer our sincerest apologies to our neighbors in Val Verde for the situation that occurred on the morning of December 20, 2014.

It appears we received a number of green waste loads in the morning from one of our regular customers.  We routinely receive material from this company and it has a “normal” green waste smell.  Unfortunately, we were unaware that our customer had a mechanical problem with his green waste grinder that prevented him from moving the green material through his facility last week.  As a result, the green waste sat in his yard for much longer than usual before being processed. By the time their machinery was operating properly the green waste had a very strong odor.  This customer delivered the ground green waste to us on the morning of December 20, 2014. Because the green waste was being used as mulch for erosion control it was placed away from our active working face, so our operators did not notice the strong odors coming from the green waste.  We became aware of the odor issue in Val Verde only after AQMD arrived at our site on Saturday.

We discontinued accepting this “old green waste” and have taken steps to neutralize the odors coming from what was placed on Saturday. I have spoken with both the customer and personnel at the landfill to establish procedures so that this will not happen again.

This was a singular event. We offer our sincerest apology to our neighbors in Val Verde.

Chiquita Canyon representatives attend the quarterly meetings of the VVCAC to provide regular, and timely updates and reports regarding landfill operations as a means to maintain an open line of communications with local leaders and residents.  Meetings are open to the public.

Thank you to The Signal’s Studio Santa Clarita for your news coverage on a story about giving back to our local community.  And thank you to all our vendors and community partners who participated.  The Child and Family Center and the families they serve as so appreciative to the support this holiday season. 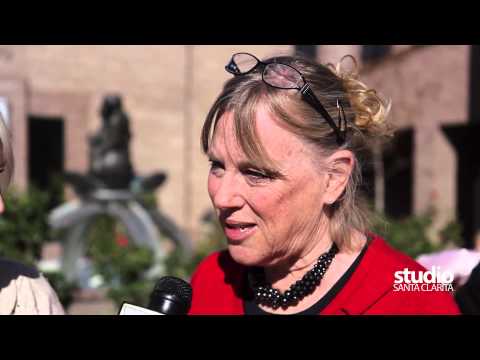